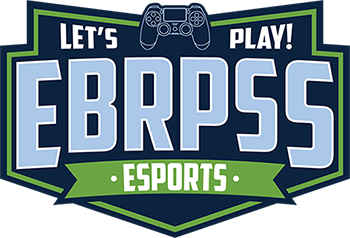 The 5th Grade eSports Roadshow kicked off on Thursday, January 26th with an explosion of excitement. Students were engaged, career paths were discussed, and champions were crowned. Some of the school’s staff even joined in on the action. The event started around 8:45am with Director of Network and Operations Jeffery Harrison starting off the show by welcoming and thanking the school for hosting the kickoff event for the DTS Roadshow at Bernard Terrace. Kathrin McGregor then talked to the students about the career paths and great opportunities that can stem from the eSports ecosystem such as Shoutcasting, video editing, web developing, journalism, and digital art. 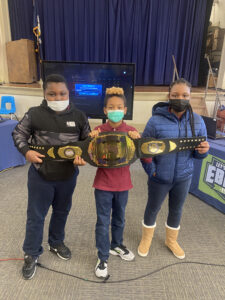 Then, the excitement of the tournament began. Four 3 vs 3 teams were randomly selected: Orange, Red, Blue, and Green. During the first match, the Green Team edged out the Red Team by 1 for a final of 4-3. Next round Blue squeaked by with a score of 3-2 coming from being down 2-1. Up next was the last round of the Tournament: Blue vs Green. Blue took an early lead of 2-1, but Green came back and took away any chance for Blue with a final score of 6-2. Green Team Champions were Kyle Harris, Tyler Simpson, and Amyrie Bickham. 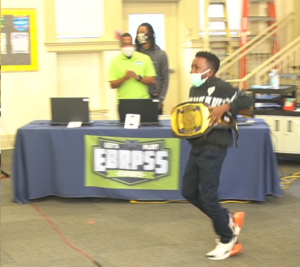 After the 3 vs 3 Champions were crowned then came a special match; one student would take on the DTS Bandits Champion. That student was Layden Cryer. As our DTS champ came into the room and started to taunt both the crowd and Layden, the battlefield was prepared. The match started off with Layden quickly striking first. As the match was coming to an end, our DTS Champion scored with 45 seconds left in the match to tie up the score, sending the game into overtime. In overtime, the first player to score wins. After only 44 seconds, the game was decided. Layden scored, was crowed new champion, and hoisted the belt as a true champion should. Our team manager escorted our defeated champion out but vowed to take his title back.

The last match of the day was a surprise match as the principal, Terri Wallis, wanted to participate as well. Mrs. Wallis, teacher Latoya Johnson, and even our DTS champ came back to join in to get revenge for the loss of his title as Champion. The students scored first, followed by Mrs. Johnson on the staff side. The students fired back, giving them a 2-1 edge. Then our DTS Champion scored an unprecedented 3 points in a row to pull the staff ahead by 2 with a score of 4-2. The students scored again with less than a minute to go but couldn’t overtake the Staff before the game clock ran out. After a great fight, the Staff members won the match.